A Roleplay Forum based around the manga of Naruto

History:
The Tatara clan were first group of iron workers who hailed from the Land of Earth. They were a people of humble upbringing whose only pride was the works of their craftmanship. People from neighbouring villages from miles around came to study and to learn from the master craftsman Tatara Heihachi, till their numbers grew to that of a small village. Eventually news of this clan reached the Damiyo, who was then at war with the land of Fire, about a clan whose crafts were second to none. The Damiyo employed the clan to fill his armory and promised to reward the clan hansomely.

For the chance to impress the Damiyo, the clan slaved day and night until each man in Damiyos army were equipped with their new armor. At the end of the war, the clan waited expectantly on the Damiyo who made no effort to honor his promise. By now the clan had doubled in size and when the Damiyo heard that the clan was beginning to cause dissention, he decided to kill two birds with one stone. He sent his army to drive out the dissenters, the clan was forced to flee from the very same army they helped to equip to the Land of Fire.

Tatara Heihachi, angry for the injustice inflicted upon his people, waged guerilla warfare with the land of Earth enlisting the help of wandering ninjas to train the remaining members of the clan in exchange for weapons and armor. Months of fighting took its toll on the clan, their numbers were dwindling and their founder Tatara Heichi fell to a rival clan Kamizuru. Soon after that they were able to develop a Jutsu, one that would bring them to the fore front of the ninja world. Leadership went to Heihachi's son Tatara Tekken, who unlike his father wasn't hung up on revenge but instead began to offer their talents to anyone who could afford it.

During the ninja war, the clan was among those aiming to reach for the top. Very few clans were able to encounter them and not be dealt a crippling blow. At the end of the war, the clan clashed with the Uchiha Clan under the leadership of one Uchiha Madra one of the most feared ninjas in the Land of Fire. After a series of battles, the Uchihas attacked the Tatara village with one purpose in mind to bring an end to the Tatara clan. Every man that was able joined the fray, for three days the two clans blood bathed the battle field despite their valiant effort the was over once Tatara Kurogane fell at the hands of Madra. Those that survived fled the massacre and made haste to the Land of Lightning where their desendants live till this very day.

You forgot to fill out the requirements to Join the Clan and whether there is any special info, if none or if it's impossible for some reason then please state that.
_________________
Themes: Lena's, Mari's, Vixen's, Arashi's, Satoshi's, Nasa's 1, Nasa's 2
Theme 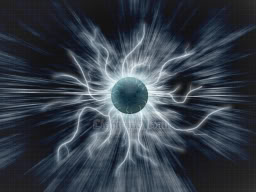 Page 1 of 1
Permissions in this forum:
You cannot reply to topics in this forum
Log in
Reference
Leafninja.com All the naruto info you need.Link to naruto Manga.Link to make your stuff more japanized. Good place for more information on naruto.
Plot summary
Birth of the New Era; The Akatsuki, The Bijuu and the Unknown Threat
It has been five years after the last castrophe with the red phoenix. Thanks to the help of the shinobi who battled against the phoenix, peace was temporarly restored back onto the world and the kages restarted to build back up and make a further advance in technology. Although the power of good did not sleep, evil still hid in the shadows and grew with a tremendous force. Now, the Akatsuki, becoming the terrorist organization like they were in the past, seeks out to maintain a new world order!. Even after all of this, something else lurks in the darkness. Something unseen by both good and evil. Is the world ready for this new threat or will the shinobi fall to the new evil that is afoot? The choice is up to you!
Affiliates
Upload Images